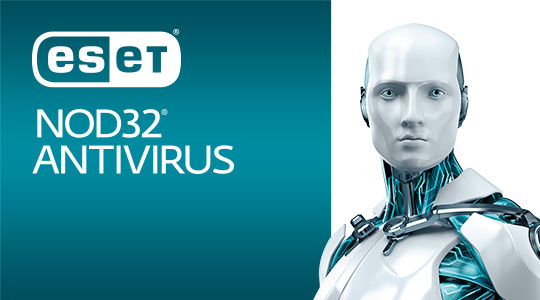 The acronym NOD stands for Nemocnica na Okraji Disku (“Hospital at the end of the disk”),[1] a pun related to the Czechoslovak medical drama series Nemocnice na kraji města(Hospital at the End of the City).[2] The first version of NOD32 – called NOD-ICE – was a DOS-based program. It was created in 1987 by Miroslav Trnka and Peter Paško at the time when computer viruses started to become increasingly prevalent on PCs running DOS. Due to the limitations of the OS however (lack of multitasking among others) it didn’t feature any on-demand/on-access protection nor most of the other features of the current versions. Besides the virus scanning and cleaning functionality it only featured heuristic analysis. With the increasing popularity of the Windows environment, advent of 32-bit CPUs, a shift on the PC market and increasing popularity of the Internet came the need for a completely different antivirus approach as well. Thus the original program was re-written and christinged “NOD32” name both to emphasize the radical shift from the previous version and its Win32 system compatibility.

Initially the program gained popularity with IT workers in Eastern European countries, as ESET was based in Slovakia. Though the program’s abbreviation was originally pronounced as individual letters, recent worldwide use of the program has led to the more common single-word pronunciation, sounding like the English word nod.[3] Additionally, the “32” portion of the name is an anachronism with the release of a 64-bit version in the Windows 7 era. The company reached its 10000th update to virus definitions on June 25, 2014.

ESET Mobile Security is the replacement for ESET Mobile Antivirus, which provided anti-malware and antispam functionality. ESET Mobile Security contains all the features of the older product and adds new anti-theft features such as SIM locking and remote wipe as well as a security audit and a firewall. Versions for Windows Mobile and Symbian OS were available as of September 2010, for both home and enterprise users.[5][6]

On March 2, 2009, ESET Smart Security version 4.0 was released, adding integration of ESET SysInspector; support for Mozilla Thunderbird and Windows Live Mail; a new self-defense module, an updated firewall module, ESET SysRescue and a wizard for creating bootable CD and USB flash drives.[7][8] There were initially compatibility problems between ESET Smart Security 4.0 and Windows Vista Service Pack 2 but these were remedied by an update.[9]

ESET SysInspector is a diagnostic tool which allows in-depth analysis of various aspects of the operating system, including running processes, registry content, startup items and network connections. Anti-Stealth Technology is used to discover hidden objects (rootkits) in the Master Boot Record, boot sector, registry entries, drivers, services and processes. SysInspector Logs are standard XML files and can be submitted to IT experts for further analysis. Two logs can be compared to find a set of items not common to both logs. A log file can be saved as a service script for removing malicious objects from a computer.

ESET SysRescue Live is a Linux-based bootable Live CD/USB image that can be used to boot and clean heavily-infected computers independent of the installed operating system. The program is offered free of charge, and can download updates if a network connection is present.[15]

ESET has released free standalone removers for malware when they are widespread, such as Mebroot[16]

On June 1, 2010, the first release candidate for ESET File Security for Microsoft Windows Server v4.3 was made available to the public. This program is an updated version of ESET NOD32 Antivirus Business Edition designed for Microsoft Windows Server operating systems and contains a revised user interface, automatic exclusions for critical directories and files and unspecified optimizations for operation on servers.[17]

On 1 February 2010, ESET discontinued version 2.7 of NOD32 Antivirus and all previous version of NOD32 Antivirus. They were removed from the ESET website, including product pages and e-Store. Version 2.7 was the last version supporting DOS-based Microsoft operating systems (95/98/ME) and Novell NetWare. Virus signature database updates and customer support was discontinued on February 1, 2012.[33]

On a network, NOD32 clients can update from a central “mirror server” on the network.

As of 27 April 2011, NOD32 Antivirus holds ICSA Labs certifications.[34] Also as of the same day, NOD32 has accumulated sixty seven VB100 awards from Virus Bulletin; it has thrice failed to receive this award.[35]

In comparative report that Virus Bulletin published on 2 September 2008, NOD32 detected 94.4% of all malware and 94.7% of spyware. It stood above competitors like Norton Internet Security and ZoneAlarm but below Windows Live OneCare and Avira AntiVir. In the RAP averages quadrant between December 2011 and June 2012, Virus Bulletin found that ESET was pretty much at the same level, circa 94%, but was noted for its ability to block spam and phishing, earning an award, an award only 19 other antivirus companies were able to acquire.[36]