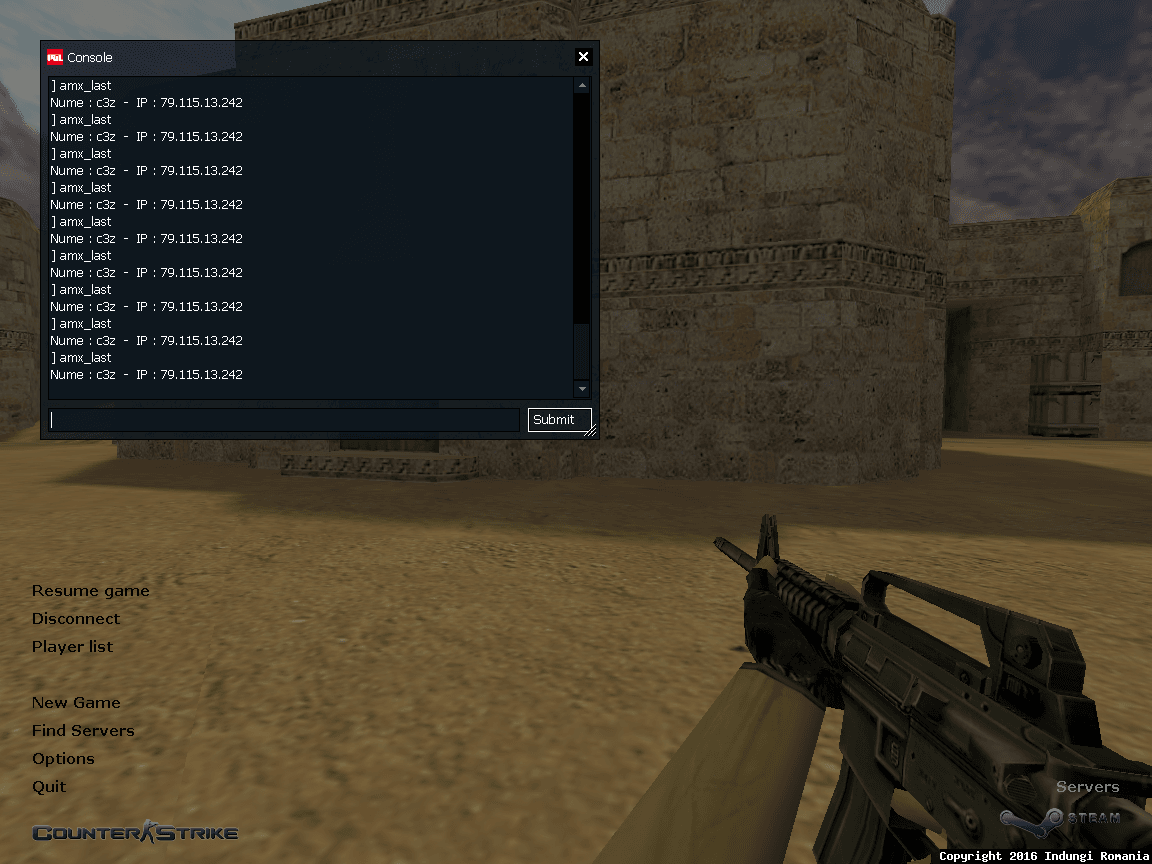 After major studies which Flood script how it works which respects how I managed to do the most good protection Flood scripting attacks. So prevented lagvaniyata and crash that can cause similar scripts. No sense spoken of why no .sma. Let me put it this way: “On which is useful plugin let’s use it!”

Change:
4.0 – Completely new method for detection of CMD / CFG Flood – tests are passed successfully can see them here
* Added Cvar which determines how long to be banned player who is found to Flood

Podrobosti:
1. Protection Cmd / Cfg Flood
2. Plugin makes log file with information about each who tried to flood the server. Logos is located in the logs folder amxmodx

plugin is tested by me (@kostov) with quite types Flood.cfg-th and WORKS!

/ Pluginu protect against the flood by CFG, it is designed to scan and identify the player using the command fullupdate
// 0 – Unlock
// 1 – a customer receives Kick
// 2 – x min client receives the IP Ban
// 3 – The customer gets TIMEOUT
llgfunctions_cfgfloodfix 1

// The plugin scans Pota playerii not abuse the radio controls, these controls creates excess flood
// 0 – Off protection
// <Value> – The time playerii will have to wait to send another message by radio, by default five seconds
llgfunctions_radiofloodcmd 5

// Delete and rewrite plugin file ‘vault.ini’ which hampers maps change, even when it exceeds a few KB. You must set by a cvar language used by your server to be added after deleting the file
// 0 – server_language ro
// 1 – en server_language
llgfunctions_vaultlanguage 1